The Very Noble and Very Loyal City of Santiago de los Caballeros de Guatemala, one of the most charming corners in the country, is located approximately 45 kms away from Guatemala City. It has been designated as a UNESCO World Heritage Site.

The city of Antigua was founded at the turn of the sixteenth century as the seat of the General Captaincy (Capitanía General) of Guatemala. The earthquake of 1773 compelled its inhabitants to relocate to the newly established Guatemala de la Asunción. Many city buildings were damaged and left in shambles or total neglect. 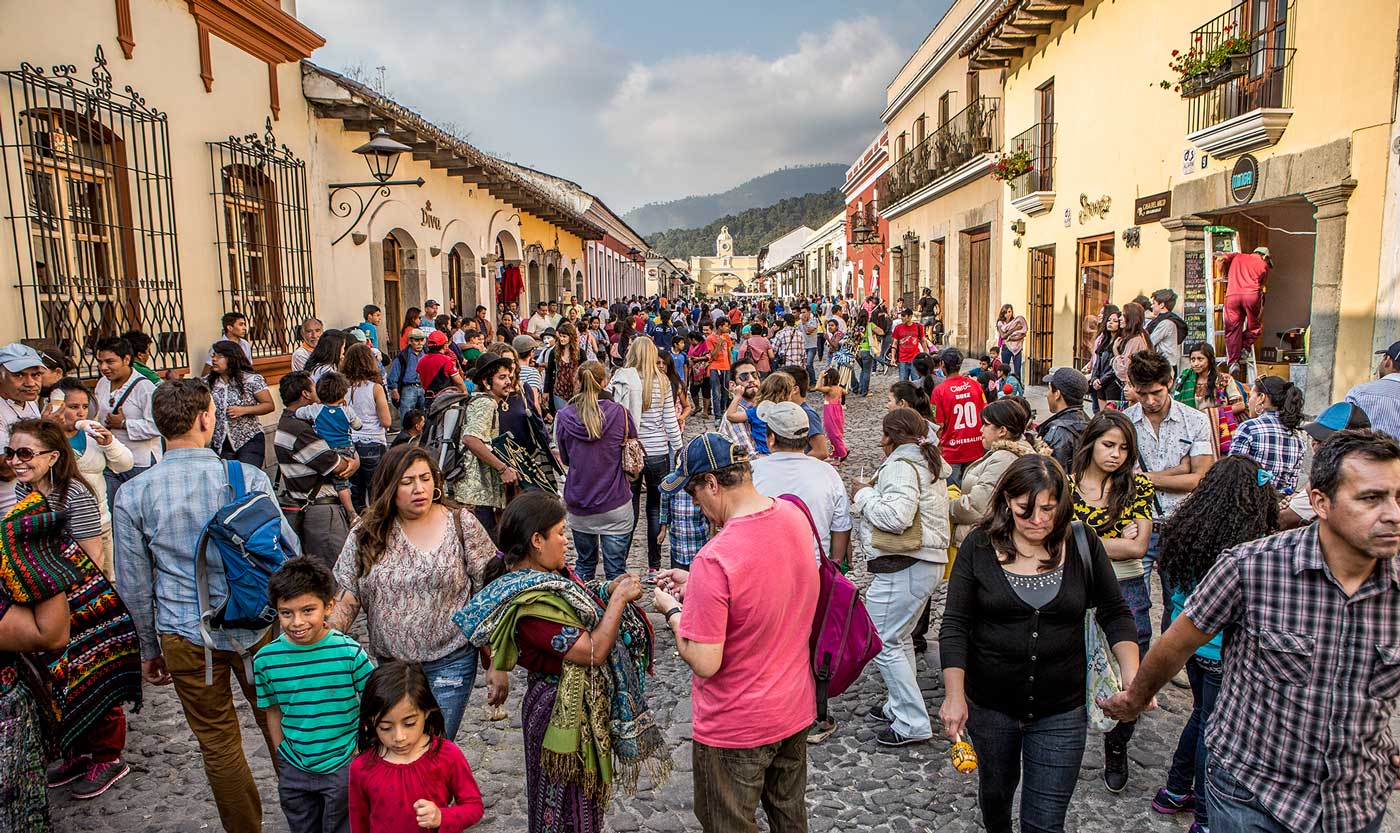 Years later the city began to be known as Antigua Guatemala, and some of its former residents struggled to preserve its historical structures. It currently retains its Spanish Baroque style architecture widely illustrated throughout its streets and a number of ruins of churches and Catholic convents and monasteries that have withstood time and various natural disasters.

Nowadays, Antigua Guatemala is a top tourist attraction both for locals and foreigners. It is renowned for its cobblestone streets, the scenic views of the volcanoes dominating the horizon, and a wonderful climate. The City boasts years of history and cultural traditions that have been kept alive and popular. It is undoubtedly a unique and unforgettable destination you wouldn’t want to miss.